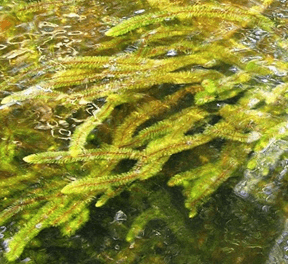 More than $1.5 million has been raised to continue the fight against invasive plants at Cobbossee Lake, and lake association officials say the money could help protect one of central Maine’s largest bodies of water for up to three years.

The news comes after a strong year for the lake that saw few new findings of problematic plants, officials said.

Eurasian watermilfoil, an invasive plant with the potential to devastate lakes and bring down surrounding property values, was discovered at Cobbossee Lake in 2018. Just one fragment of it can spread quickly and ruin a lake, according to experts.

The lake underwent an herbicide treatment in 2019. Since then, new fragments of the plant have been discovered occasionally at the lake, but officials with the Cobbosseecontee Lake Association and Friends of the Cobbossee Watershed are working to stop invasive plants from getting into the lake. The $1.5 million was raised through Cobbosseecontee Lake Association’s three-year “Love the Lake” fundraising campaign, which held a kickoff in June.

“We had about 300 attendees,” John Stanek, the group’s vice president, said. “The $1.5 million was raised because the broader Cobbossee community recognized a need, understood the problem and responded with great generosity to protect and preserve Lake Cobbosseecontee and potentially all other Maine lakes.”

Toni Pied, director of conservation for Friends of the Cobbossee Watershed, said the funding is also expected to help his organization focus its efforts on preventing more invasive plants from entering the lake and detecting and managing what are already there.

After Cobbossee Lake received an herbicide treatment, Eurasian watermilfoil was again discovered in 2020 in the northeast quadrant of the lake. The Friends of the Cobbossee Watershed survey team also reported finding a fragment in late 2021 at Farr’s Cove, about halfway down the lake.

Since then, Pied said the group found new plants next to a current infestation at the north end of the lake. She also said the survey team has pulled a plant near the Hodgdon Island Preserve on Cobbossee Lake.

Pied said the larger infestation areas have been treated with an herbicide that should reduce the overall threat.

Stanek said Friends of the Cobbossee Watershed kept the area on high alert throughout much of 2022, with surveyors and dive teams working to curb plant regrowth and ensure no new plants emerged.

Stanek said last year’s season ended without significant new infestations or regrowths, and all individual plants that were found have been removed, including variable-leaf watermilfoil plants from outside the mouth of Jug Stream. This type of milfoil can form dense mats near the surface of the water, according to the Maine Department of Environmental Protection.

“Overall, I think we are gaining on the infestation,” Pied said.

Funding also helps Friends of the Cobbossee Watershed conduct courtesy boat inspections. Communities surrounding the lake, along with the state DEP, provide some of the funding for boat inspections, and Stanek said one of the group’s goals is to cover 100% of the costs this year.

The Maine Legislature recently took up a bill that would require boaters to drain aquatic vessels after leaving any inland body of water. Emergency response vessels would be exempt.

Overall, Stanek and Pied said they are optimistic for the future.

“The funds from (the Cobbosseecontee Lake Association) have already enabled us to build our capacity to meet the needs of Cobbossee Lake,” Pied said. “We have a full-time team of people dedicated to Cobbossee during the summer. This enables us to respond to any new infestations as soon as they are found, and to continually have eyes on the water detecting new infestations.

“Additionally, by partnering with the lake association, we are able to have better communication with residents of the lake. The lake residents, and visitors, are going to play a big role in reaching our long-term goals.”